In recent years, a lot of research work has revealed that campers using portable stoves inside closed tents can result in carbon monoxide poisoning, which, if not controlled, can be fatal.

How Does Carbon Monoxide Affect Humans?

Carbon monoxide (CO), is a tasteless and smell-less gas that is produced by combustion. Any kind of combustion releases carbon monoxide into the atmosphere and it slowly makes its way into our bloodstream as we breathe it in.

The molecule called hemoglobin, which is present in our red blood cells, is responsible for carrying oxygen to the tissues in our bodies from the lungs. After delivering oxygen, it also collects carbon dioxide (CO2) from the tissues and delivers it back to the lungs, after which we breathe it out.

So how does CO come into the picture? Well, the oxygen that the hemoglobin carries has to first bind to it. However, when there is CO in the environment, it binds to the hemoglobin with much more ease than oxygen does. As CO binds, it congests the hemoglobin, making it extremely difficult for oxygen to bind to it.

Slowly, different parts of our bodies start to feel the effects of oxygen deprivation and each part starts failing, one after the other. Due to the fact that CO has no taste and no smell, people often fail to recognize the source of the symptoms caused by the onset of CO poisoning.

How do Stoves Produce Carbon Monoxide?

CO is one of the by-products of combustion, but how do stoves produce the gas? Well, in simple terms, it happens because the flame does not burn hot enough. As per the theory, a stove flame should only result in water (H2O) and carbon dioxide (CO2) production. However, for CO2 and H2O to be the only by-products, the stove flame should reach around 1,980° C or 3,600° F.

While CO is naturally produced as the flame burns, reaching the aforementioned temperature should burn the gas away as well. However, the flames never reach that temperature, simply because the surface of the pot on the stove is much lower than that of the flame. This results in the flame temperature being stalled at a certain temperature, continuously producing CO.

What are the Symptoms of CO Poisoning?

The flu-like symptoms that signal the onset of CO poisoning typically go away after a while if the affected person moves to a place that does not have CO in its environment. However, severe symptoms are much harder to get rid of and may require immediate medical intervention.

The people who are at most risks of being affected by CO poisoning are the ones who have existing respiratory disorders and heart-related issues. CO poisoning also tends to affect pregnant women and children very quickly. Pets are also at risk of feeling the effects of CO poisoning and may fall seriously ill or may even die.

While mild cases of CO poisoning typically get resolved on their own without significant long-term damage, moderate to severe cases can result in long-term complications.

Moderate or severe exposure to CO may result in a whole host of brain-related issues, with concentration and memory problems being the most common complications. Certain symptoms that signal the onset of Parkinson’s disease such as shaking, stiffness and slow movements may also develop. Long-term exposure can result in coronary heart disease and urinary incontinence, particularly in women.

How to Diagnose CO Poisoning?

CO poisoning can be tricky to diagnose due to CO’s characteristics of being a gas that has absolutely no taste and no smell. However, if you encounter the following signs, particularly while cooking inside a closed tent, then you can be sure that there is CO in your bloodstream.

Mild cases of CO poisoning can be treated without medical intervention. People exposed to CO who believe they are suffering from the effects of the gas should move to another environment quickly and they would feel symptoms improving after some time.

Hospitalization is the best course of action for people experiencing severe symptoms. Medical professionals put a mask on the exposed person’s face and deliver 100 percent oxygen through it. This enables oxyhemoglobin to replace the carboxyhemoglobin quickly.

Hyperbaric oxygen therapy (HBOT) may be needed for people diagnosed with nerve damage from CO poisoning. HBOT involves flooding the bloodstream with oxygen to quickly compensate for the oxygen deprivation, which is one of the results of CO poisoning.

Tips for Campers to Prevent CO Poisoning in Tents

Several campers around the world have paid with their lives for not being aware of the health hazards of CO poisoning. However, as awareness regarding CO poisoning spreads throughout the world, we can expect campers to cook inside their tents more carefully to avoid severe CO poisoning.

If you are a camper, then you should keep the following tips in mind to save not just yourself and your camping partners, but also other camping enthusiasts:

Research work conducted on exposure to CO has revealed that exposure to 1 – 70 ppm of CO does not generally cause much harm. However, long-term exposure to CO at levels over 70 ppm can trigger symptoms of CO poisoning. Levels of 150 – 200 ppm of CO are considered dangerous and can trigger severe symptoms that typically require emergency medical intervention to prevent death. As CO is a natural by-product of combustion, we cannot eliminate it completely. However, we certainly can take steps to make others aware of how to steer clear from CO poisoning. Camping should be adventurous and thrilling, but never dangerous; remember that on your next camping trip. 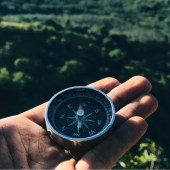 Stoves 101: How to Get the Most out of Your Fuel Canisters?

How to Avoid Food Spoilage While Camping